Multifunctional play domes Anything goes with the Geos.

These structures are ideal for climbing on the inside or outside. The Geos offer enough space on the inside to play soccer or as a safe play area with plenty of room for hammocks.

The pure carbon molecule C60 consists of 12, 5 and 20 hexagonal carbon rings with a total of 60 atoms – one at each corner: the shape of a soccer ball.

Geos are constructed according to the same principle. The Frameworx frame system consists of tubes and balls. The Geos can be varied in diameter by changing the tube lengths. Three types are available for different dome sizes. Leonardo da Vinci (1452 – 1519) studied Platonic and Archimedean solids and designed on the basis of the Icosaeder the first globular spatial structure.

R. Buckminster Fuller (1895 – 1983) completed the research which Leonardo had begun: With his version of structure, similar to a C60-molecule, emerged the form which we all know today as a football. This buckyball shows twelve black pentagonal faces, which are surrounded by 20 white hexagonal faces.

In our product group Geos, da Vinci’s and Fuller’s sophisticated accidence is realised congenially – and playfully. 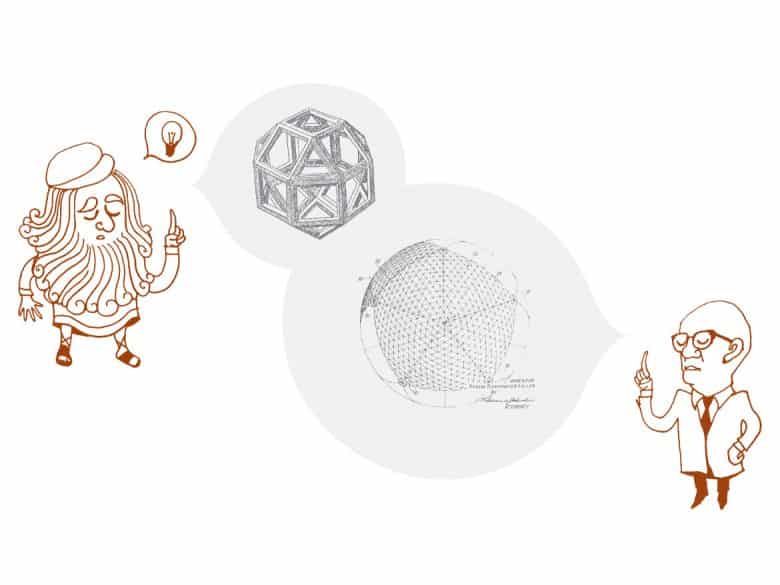