While Karls Adventure Village in Elstal near Berlin has been focussed exclusively on the subject of strawberries to date, the so-called ‘K2 – potato chip adventure world’ opened its doors for the first time this spring. This unusual and currently quite unique leisure attraction consists of a variety of exciting attractions that take as their theme the potato chip.

In addition to this there is a new roller coaster ride with cars made of wood that race at speeds of up to 60 km/h around the adventure world and a spacious indoor playground that provides for limitless climbing fun. This is not located at ground level but is at an elevation of 3 metres and extends above the heads of those seated in the potato restaurant. The whole consists of a total of four ‘climbing potatoes’ that are suspended at different heights from the ceiling of the chip production plant and are connected with each other by means of various net tunnels. It looks like an airborne climbing maze in which the ‘climbing potatoes’ provide the intersections. 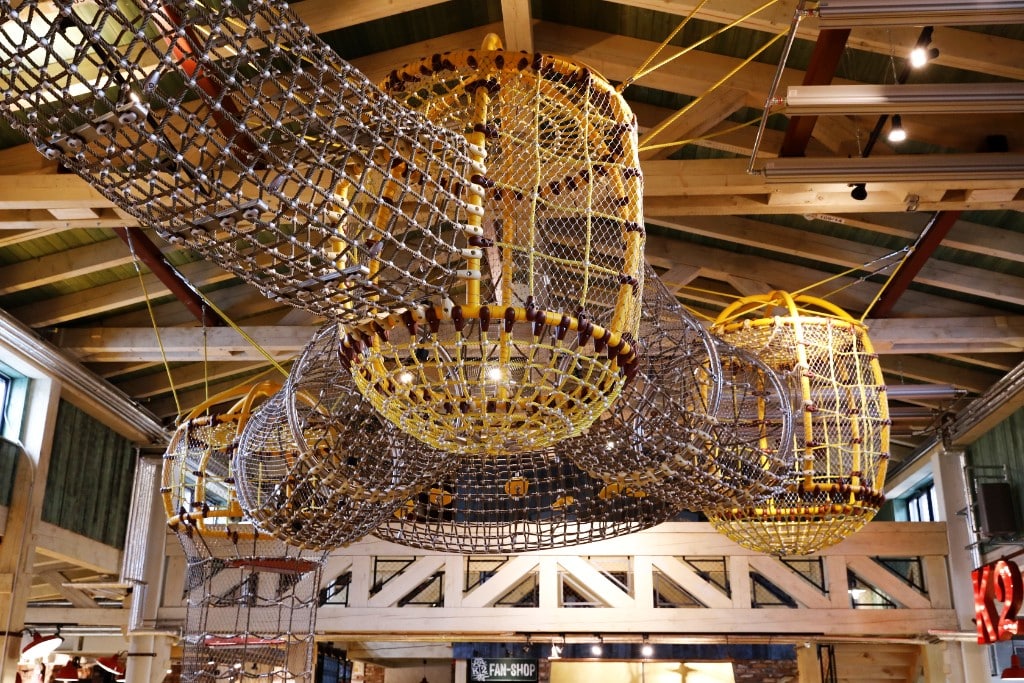 “Our customer wanted an indoor playground that would fill the empty space above the seating area in the restaurant. At the same time, we were also instructed to ensure it had a high play value and, of course, made reference to the site’s potato-orientated theme,” recalls Katharina Hilger, one of the engineers of the Berlin Creative Center at Berliner Seilfabrik who was given primary responsibility for the design of the concept. “We came up with the idea of fabricating large climbable potato-shaped structures that float in the air.” 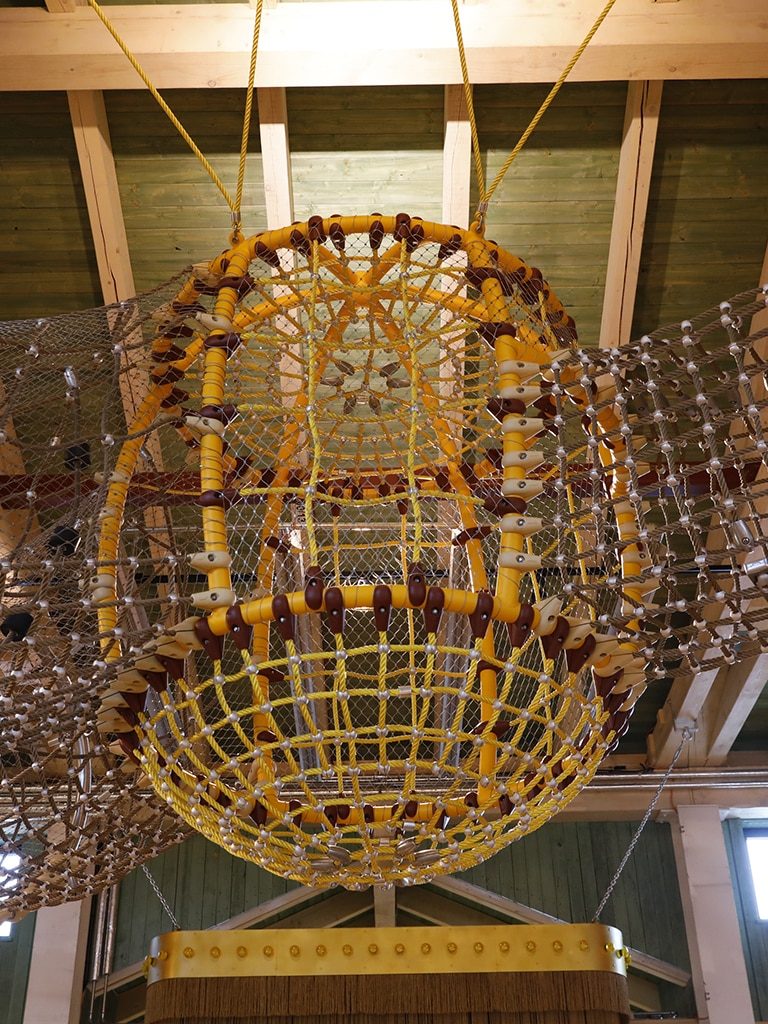 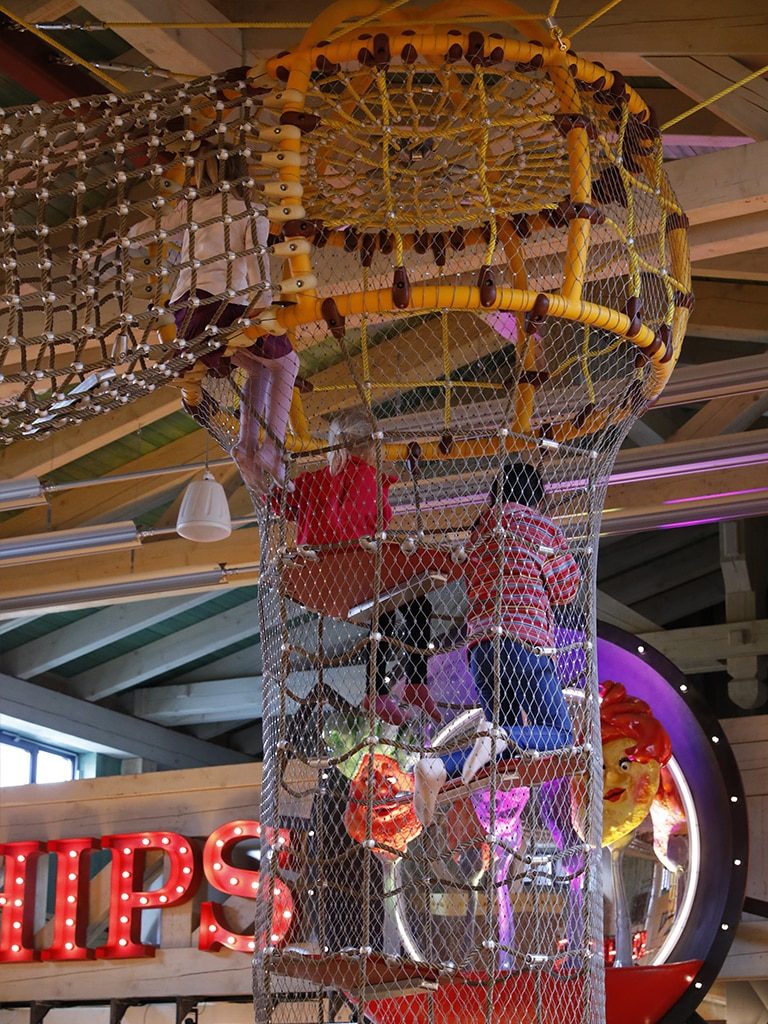 The potatoes consist of a steel framework. In each case, two rings with a diameter of 1.5 metres are linked together by curved steel tubes to provide a rounded form. In the two larger potatoes, the distance between the rings is correspondingly greater. The lateral and top openings of these steel frames are carefully enclosed with net structures to provide for the necessary safety while also ensuring the structures remain transparent, so that it is possible to look out and look in. The two smaller potatoes each have a vertical net tunnel extending from the floor, where they are attached to steel plates anchored to the structural foundations.

These structures have a potato-like appearance not only because of their shape but also thanks to the choice of an appropriate colour scheme. Both steel frameworks and the cables are in beige tones while the fastening elements deliberately have a red-brown finish to give the impression of the typical soiled areas of these underground tubers. 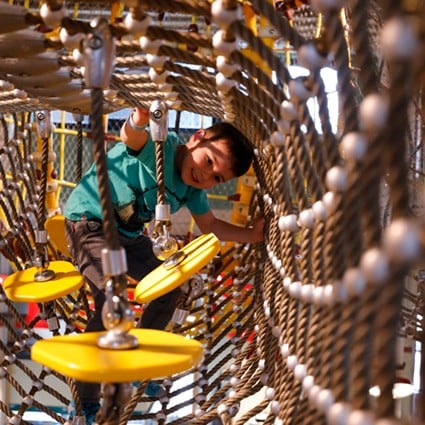 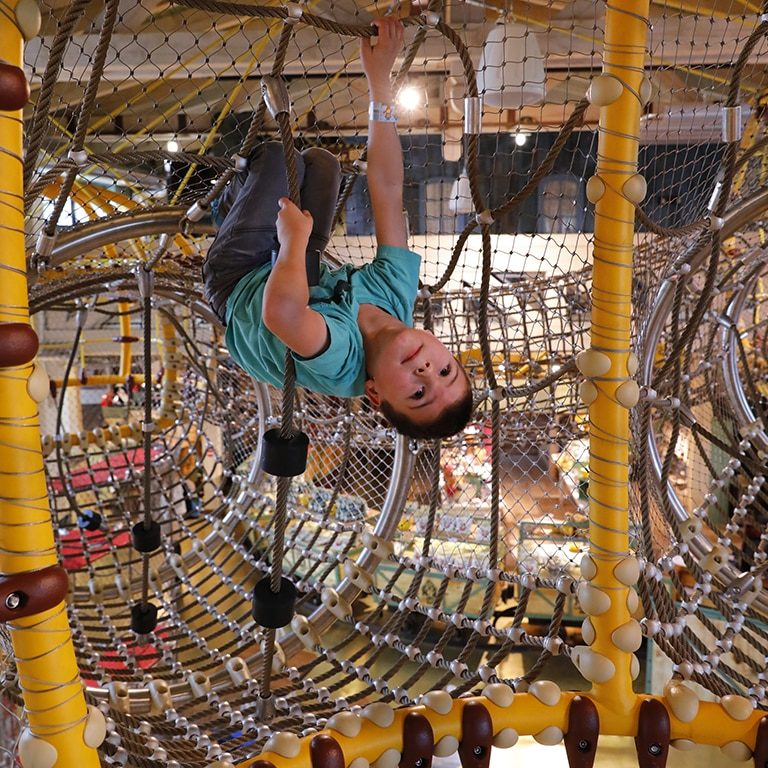 A particular contribution to the play value of the system is provided by the differing design of the connecting tunnels that link the potatoes. On closer inspection, it becomes apparent that these vary not just in terms of length, form and diameter but that a new adventure also awaits every exploring child in each tunnel. 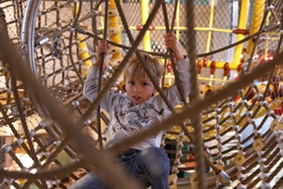 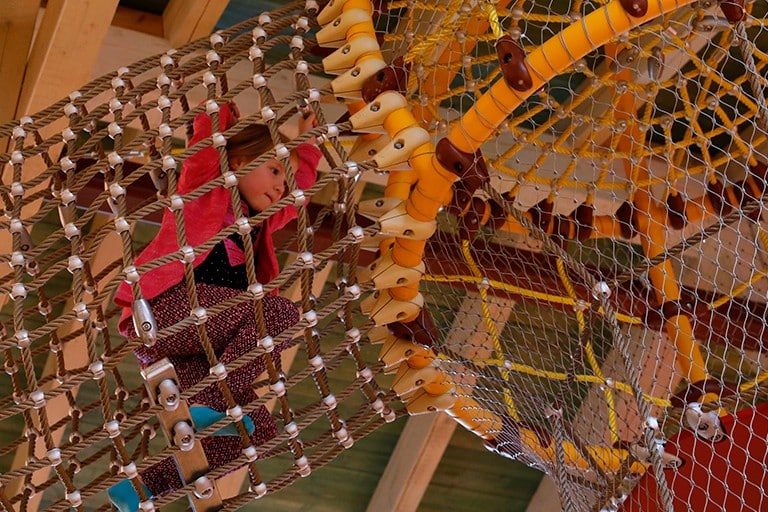 This potato-themed climbing provides visiting children with a playground in which they can play whatever the weather is like while parents can sit at their ease below and enjoy handcooked potato-based delicacies. It is also literally one of the highpoints among indoor, themed play attractions.